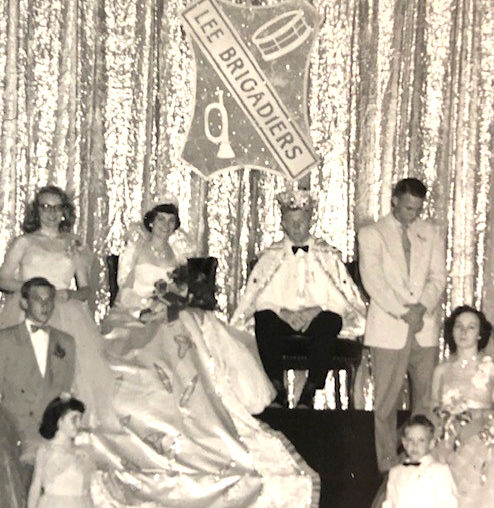 Faye Brown and Eddie Gray were crowned Queen and King of the Brigadier Ball. 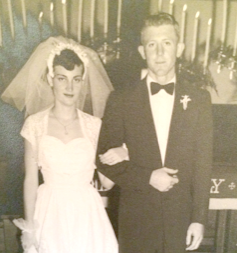 Faye is married to Eddie. 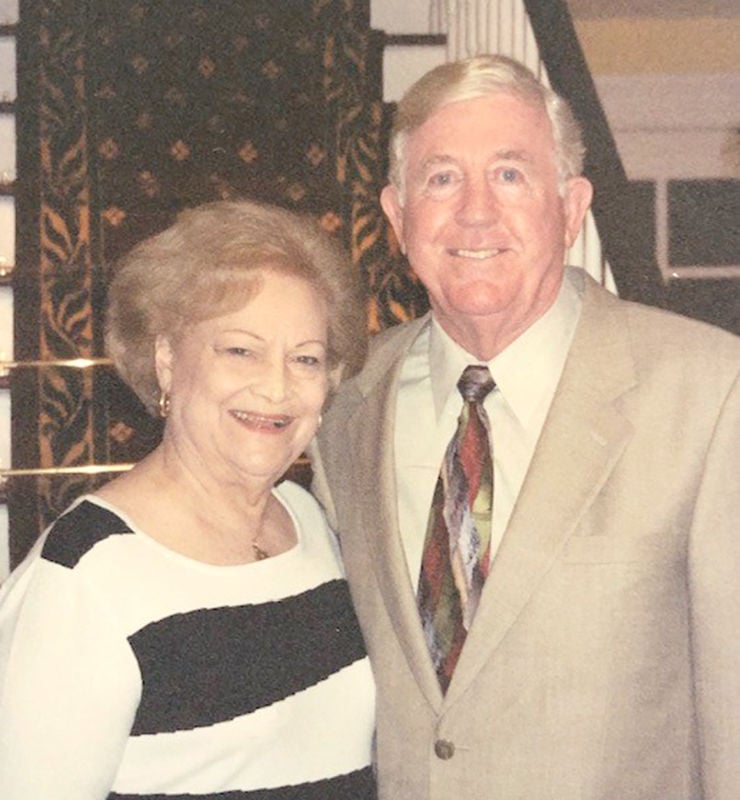 Faye Brown and Eddie Gray were crowned Queen and King of the Brigadier Ball.

Faye is married to Eddie.

Faye Brown grew up on Arkansas Street in “Old Baytown” in a white frame home facing Black Duck Bay and overlooking the Houston Ship Channel. Her family loved the bay breezes and kept their windows open on the bay side of the house to allow the wind to ruffle to starched white curtains of the family’s living room. Her father, J.D. Brown, worked as a machinist for Humble Oil and Refining, which later became ExxonMobil.  Aline Brown, Faye’s mom, always set a table with fried chicken, mashed potatoes and cream gravy after church on Sundays and treated Faye’s high school sweetheart, Eddie Gray, to a fresh-from- the-oven chocolate meringue pie after he would come home with a track meet victory for Robert E. Lee High School.  Faye marched in the Lee Brigadiers and she and Eddie were crowned Queen and King of the Brigadier Ball in 1953, after being flown home in a private plane by a friend of the family, so that Faye could watch Eddie win multiple gold medals in Austin at the State Track Meet and still make it home in time for the Ball.

After their marriage, the young couple moved to College Station where Eddie attended Texas A & M University.

They returned home to Baytown with two young daughters, Janet and Sheron. Faye loved summering with friends and family at the Gray’s river home on the San Marcos River.

In March 1965 when the oldest two girls were in the second and third grade, Faye flew them to Canada, where Eddie picked them up and drove 85 miles “into thebush,” the undeveloped country in the Alberta countryside, to spend two weeks of spring break in the snow on the site of an independent gas well that Eddie was drilling for Gray Oil Company.

Several years later, Faye returned to Canada and lived with Eddie and the girls for a summer in Blackfalds, Alberta, while Eddie continued his oil exploration. That summer Faye even adopted a pet magpie for the girls to enjoy.

Back in Baytown, Faye kept active as a young mother, but also found time to participate in the Rho Zeta chapter of Beta Signa Phi sorority.  Later she was a charter member during the 1960s of the Thursday Bridge Club with eight friends, who still play together today.

Faye was a Sustaining Member of the Baytown Junior Forum and worked on the “Red Stocking Review,” the annual talent show founded in 1967, with Forum members, their husbands and friends singing and dancing in a hometown musical review for audiences at Sterling High School auditorium.

Faye was always a part of the Baytown social scene, especially events at the Goose Creek Country Club. She and Eddie attended Holiday Cocktail Dances, such as the one in 1969 and she modeled in season style shows at the county club.

In the summer of 1972, the entire family loaded up in Faye’s car and drove to Florida to Disney World and Cypress Gardens. On the return home, it proved to be “close quarters” when the air-conditioner on the vehicle went out—but Faye assured all that it was still a “fun family time.”

Faye and Eddie had four daughters, all attending Ross S. Sterling High School. Even though they never lost their Gander pride, Faye and Eddie were devoted Ranger supporters during the years 1969 through 1986 when the girls were at Sterling. They attended all the football games, cheered for the Sterling Stars and even chaperoned the 1980, 1983 and 1986 trips with daughters Charlotte and Melinda serving as officers of the Sterling Stars when they marched in Corpus Christi and in New Orleans for a Mardi Gras parade. During Sterling’s 1972 and 1973 football seasons, Faye and Eddie traveled to Austin to watch the Rangers play Odessa Permian High School in the Division 4-A state football finals. This was twenty years after Robert E. Lee Gander football team played the Lubbock Westerners in the Cotton Bowl for the 1952 and 1953 State Championship games in which Eddie played defensive cornerback and Faye marched as an officer in the Brigadiers.

During the summer of 1987 Faye, Eddie, all four daughters and sons-in-law, and Eddie’s mother, Edna Gray, all flew to Haines, Alaska. Former Baytown residents Babe and Evelyn Badgley hosted the entire crew for activities, including halibut and salmon fishing and wild blueberry picking.

As the girls married, Faye became a busy grandmother. Her ten grandchildren, and now her two great-grandchildren call her “Gran.” The grandkids had lots of fun teasing Gran at the frequent family gatherings at Wolf Head Ranch and later at La Paloma Ranch, both in Crystal City, Texas, and at Rio Vista, the family’s river house on the San Marcos River in San Marcos, Texas.  Gran did not hunt and in her later years had given up floating down the San Marcos River, but she kept up with every trophy taken at the ranch and all the water activities at the river.

Faye also spent lots of family time with her sister-in-law, Bennie Kadjar, and had many social and civic interests that they shared, including trips to New York City and season opera tickets to the Houston Grand Opera.  Faye and Eddie often joined Bennie and her husband, David Kadjar, for the many social events at the Goose Creek Country Club, including many Sunday lunches, Mother’s Day and Easter celebrations that the families shared at the Country Club in its “glory days.”

“That was her grace, to welcome people into her home,” daughter Janet Gray Wahrlich said.

Throughout her life, Faye also traveled extensively with Eddie, friends, and family, including trips as varied as snow-skiing in Aspen, Taos, and Vail; flying to Jackson Hole, Wyoming, in a friend’s private plane and making a  pack-trip on horseback into the mountains, where they rode to the Continental Divide, ate fresh lake trout  and watched the roosting of trumpeter swans; making a trip on a private plane to the Bahamas; golfing at Pebble Beach and Cypress Point with friends;  walking, golfing, shopping and dining in summertime trips to Vail; theater and shopping in New York City with her four daughters—including an elegant brunch at the Plaza Hotel; traveling to Oahu, Hawaii; celebrating her 50th wedding anniversary trip to Savannah with Eddie, all of her daughters and sons-in-law; and making multiple trips to Europe with the International Committee of the Houston Livestock Show and Rodeo, including, Ireland, Greece, Austria, and France.

Almost all of her travels, though, were for the opportunity to be with family, Wahrlich noted.

It just goes to show you how much fun a local girl can have, while living her whole life in Baytown (not counting that summer in Blackfalds, Alberta).

This Baytown girl saw the world, but always cherished her hometown roots, her husband, her family and her friends.