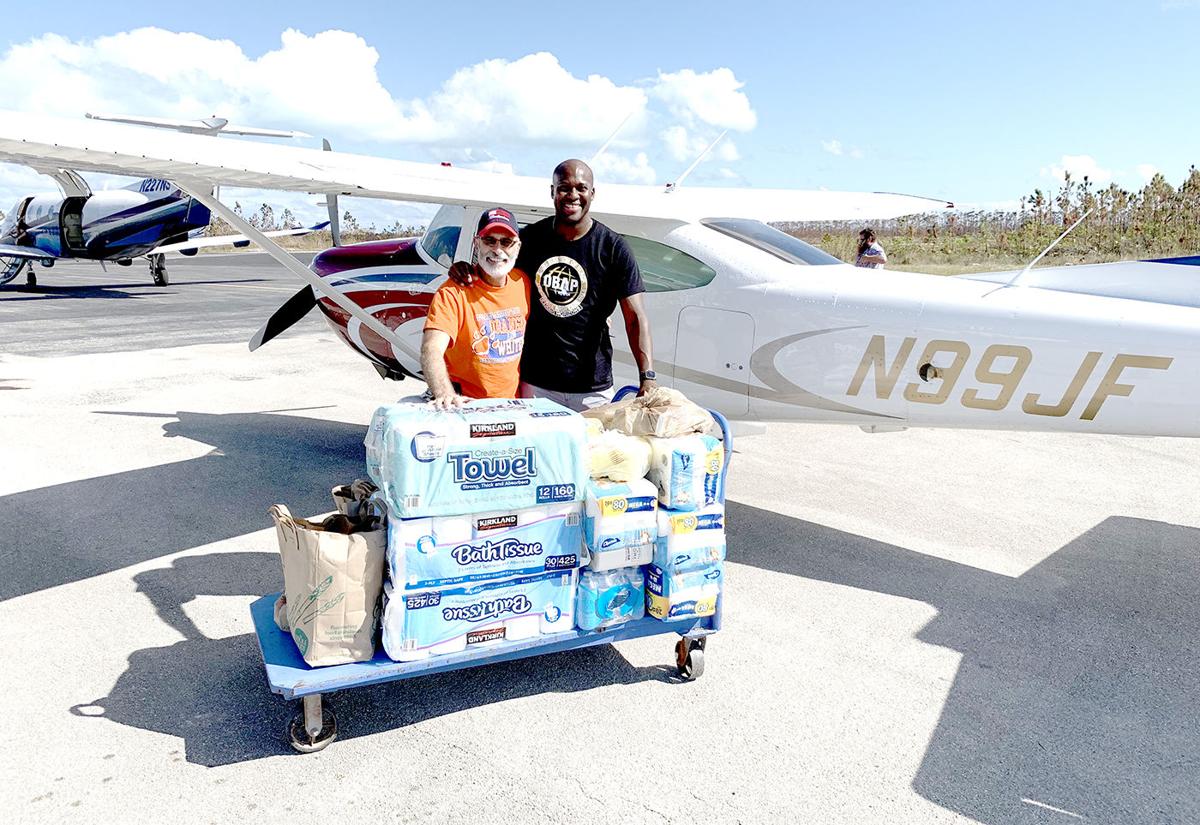 Pilots Tennessee Garvey, right, and Jim Ferris teamed up to fly supplies to provide relief to hurricane victims in the Bahamas. Many of the supplies were donated by Texas Southern University. (Submitted photo) 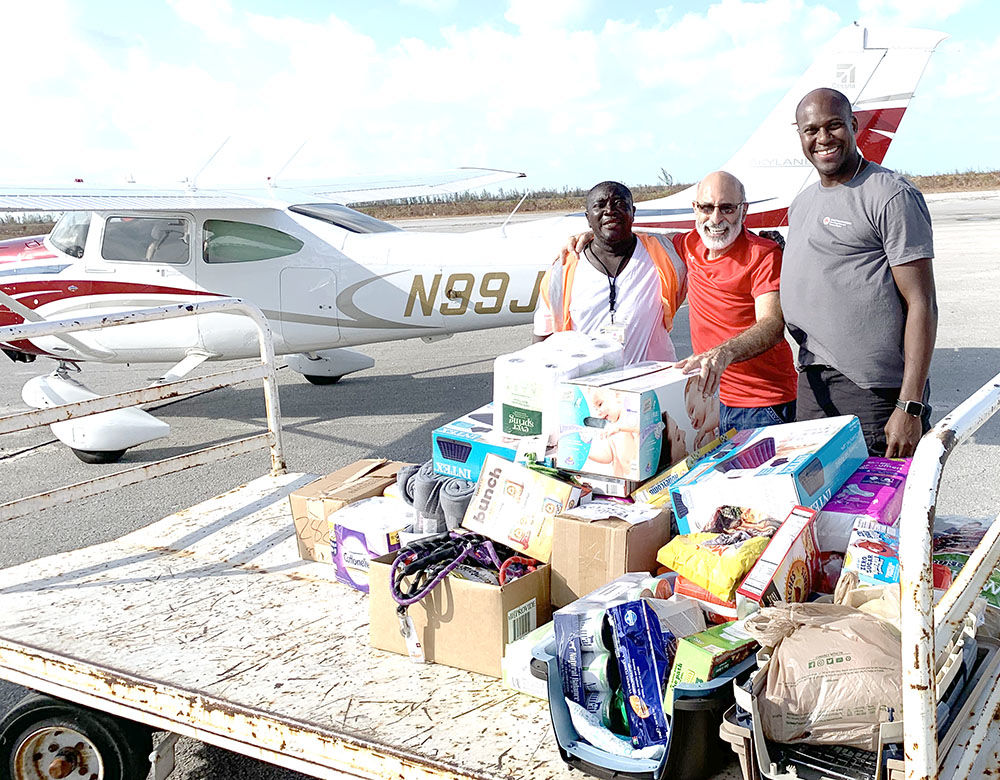 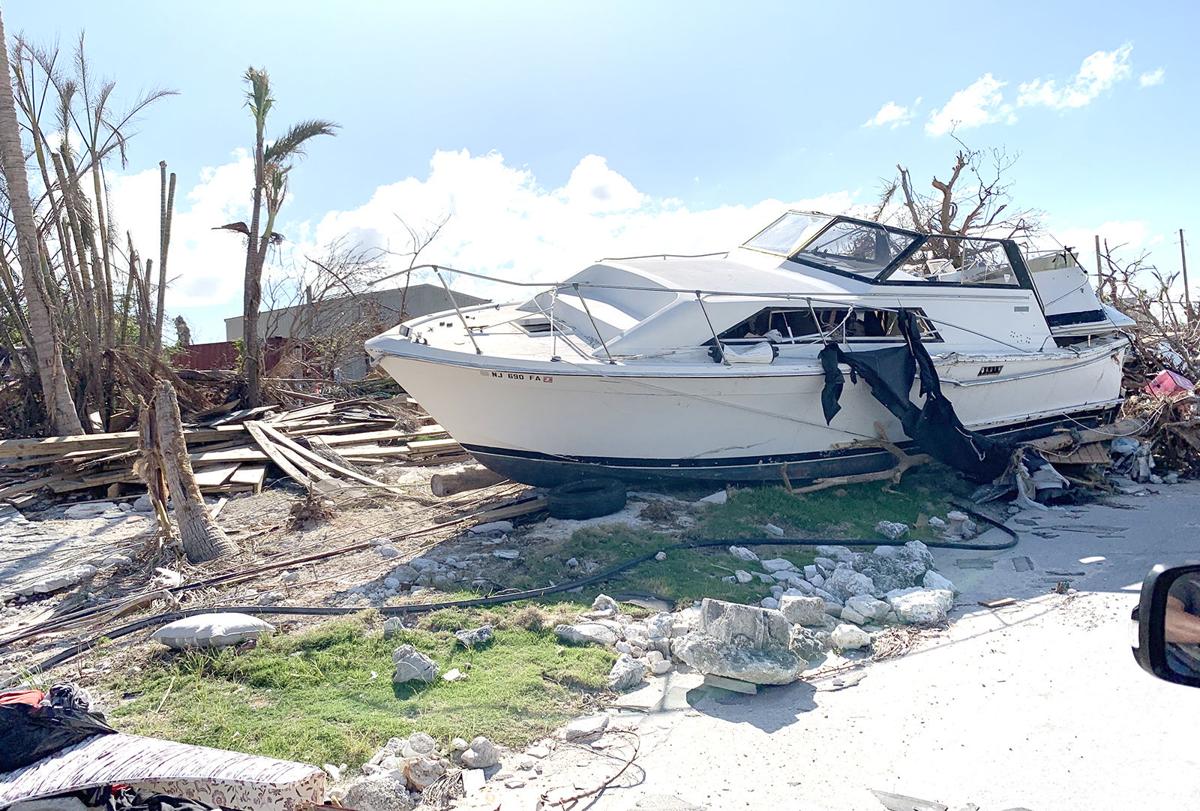 The 185 mile-per-hour winds produced by Hurricane Dorian left devastation in its wake, including this boat lying alongside the road. (Submitted photo)

Pilots Tennessee Garvey, right, and Jim Ferris teamed up to fly supplies to provide relief to hurricane victims in the Bahamas. Many of the supplies were donated by Texas Southern University. (Submitted photo)

The 185 mile-per-hour winds produced by Hurricane Dorian left devastation in its wake, including this boat lying alongside the road. (Submitted photo)

Those that know Jim Ferris of Wismer Distributing know two things. Smiling comes easy for the businessman and he is the owner of a big heart. So no one should have been surprised when Ferris felt compelled to do his part to help hurricane victims in the Bahamas.

Category 5 Hurricane Dorian struck the Abaco Islands Sept. 1 with sustained winds of 185 mph. It then remained over Grand Bahama Island for 24 hours, the worst hurricane in recorded history for The Bahamas.

At least 58 people have been reported dead in The Bahamas, 49 of which lived in the Abaco Islands. An estimated 13,000 homes suffered severe damage or were completely destroyed leaving 70,000 homeless. A total of 600 people are still reported missing.

The devastated islands needed as much help as they could get.

Ferris along with fellow pilot Tennessee Garvey teamed up to offer their assistance. Here is their ongoing journal.

Jim Ferris of Wismer Distributing loaded his private plane and flew to Miami September 23 in preparation for delivering medical supplies to The Bahamas. He and one other friend, Tennessee Garvey, a United Airlines pilot, are making the trip all at their own expense. They will spend two weeks flying back and forth between Florida and The Bahamas to help victims of Hurricane Dorian. Together they came up with the idea to fly the supplies, many provided by Texas Southern University.

“We are going to do the best we can,” said Ferris.

Ferris and Garvey flew supplies to the Grand Bahamas. Ferris sent many photos of the devastation.

“The University of The Bahamas will not be rebuilt,” said Ferris. Most structures were flattened.

Each morning they fly to The Bahamas. Each evening before nightfall, they return to Florida to restock supplies.

“Today we saw 30-40 people. They look so hopeless. There was a family just sitting there, dazed,” said Ferris.

“I love you,” said one gentleman who walked up to their vehicle. He was one who was smiling and hopeful. “They must be moving forward by spirit. They are a very religious people,” said Ferris.

“We went around the corner to an area called The Mudd in Marsh Harbor. The smell was the worst I have experienced in my life,” Ferris continued. The smell was from decomposing human remains. The bodies have not been recovered from the devastated homes. “I stopped taking pictures. It was horrible.”

The official death toll reported by Reuters is now 50. According to Garvey, however, there are 1,400 people unaccounted for in this low-income area where many undocumented Haitian immigrants usually live.

“The community had been swampland before it was converted to a community of immigrants,” said Garvey.

All structures in the area were flattened. Light poles were snapped off at the base. There is no electricity.

According to Tennessee Garvey, many Haitian immigrants moved to The Mudd on the promise of a pathway to legal residence status. Some worked for 20-30-40 years on this promise. They were very poor.

“We saw no cadaver dogs, just a lot of rubble. It looks like a nuclear bomb went off,” said Ferris. “We did see one Convair plane, most likely from Samaritan’s Purse. The devastation is unreal. There is not enough help.”

Ferris and Garvey loaded the plane to drop off supplies before returning home for the weekend. They will return next week.

Ferris said it was a long day. It included a trip to Freeport Grand Bahamas where they met with Compassion Kind Foundation and Humane Haven. who accepted the load brought over.

“Both organizations rescued animals after Hurricane Dorian,” Ferris said. “When we met them at the airport they had crates of puppies no more than two weeks old.”

The day’s highlight was completing one more run to Freeport.

“Wow,” Ferris said. “These people were waiting on us in Treasure Cay.”

Ferris and Garvey are planning on returning home today.