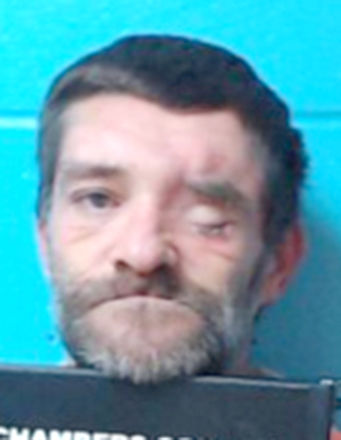 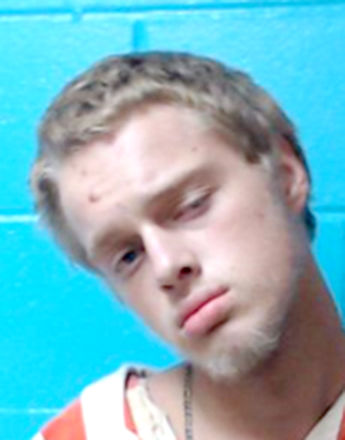 “He then observed two males walking in the roadway,” Hawthorne said. “One male was pushing a blue cart that contained several large electronic items, and the second male was carrying a flashlight.”

Deputy Fuller stopped and detained the two men. They were identified as Trevor Coffey, 17, of Winnie, and Charles Bivins, 40, of Kountze.

A short time later, the Sheriff’s Office received a call in reference to someone seeing a flashlight inside a neighbors flooded home.

“While speaking with the two men, the homeowner arrived and identified numerous items found in possession of the two men as belonging to her and having been stolen from her residence and vehicle,” Hawthorne said.

The two men were transported and booked into the Chambers County jail for burglary of a habitation and burglary of a motor vehicle.

“It was one of the houses that flooded in Imelda,” Hawthorne said. “The (homeowners) were waiting on insurance adjusters. So, they decided to go in and start burglarizing the residences.”

Hawthorne said despite the number of flooded homes, there really has not been an uptick in abandoned homes being robbed.

“We had a couple of incidents like this, but it has not been a big problem,” Hawthorne said. “We have worked really hard to try and pay attention to the houses that are still vacant.”

Hawthorne said most people have locked up their flooded homes.

“But when there is an unoccupied home because it is being remodeled or going through restoration, it is pretty easy for the burglars to burglarize it,” Hawthorne said. “We are lucky our deputy came across them. He patrols the area pretty heavily.”

Hawthorne recommended homeowners that have to leave their home should take extra precautions.

“I always recommend to lock up your home and car,” Hawthorne said. “Because that way, it will cause some kind of forced entry, and you know someone is actually broke in and stole from you. If you do not lock your doors, you may never discover something is missing until months later if it wasn’t secure.”