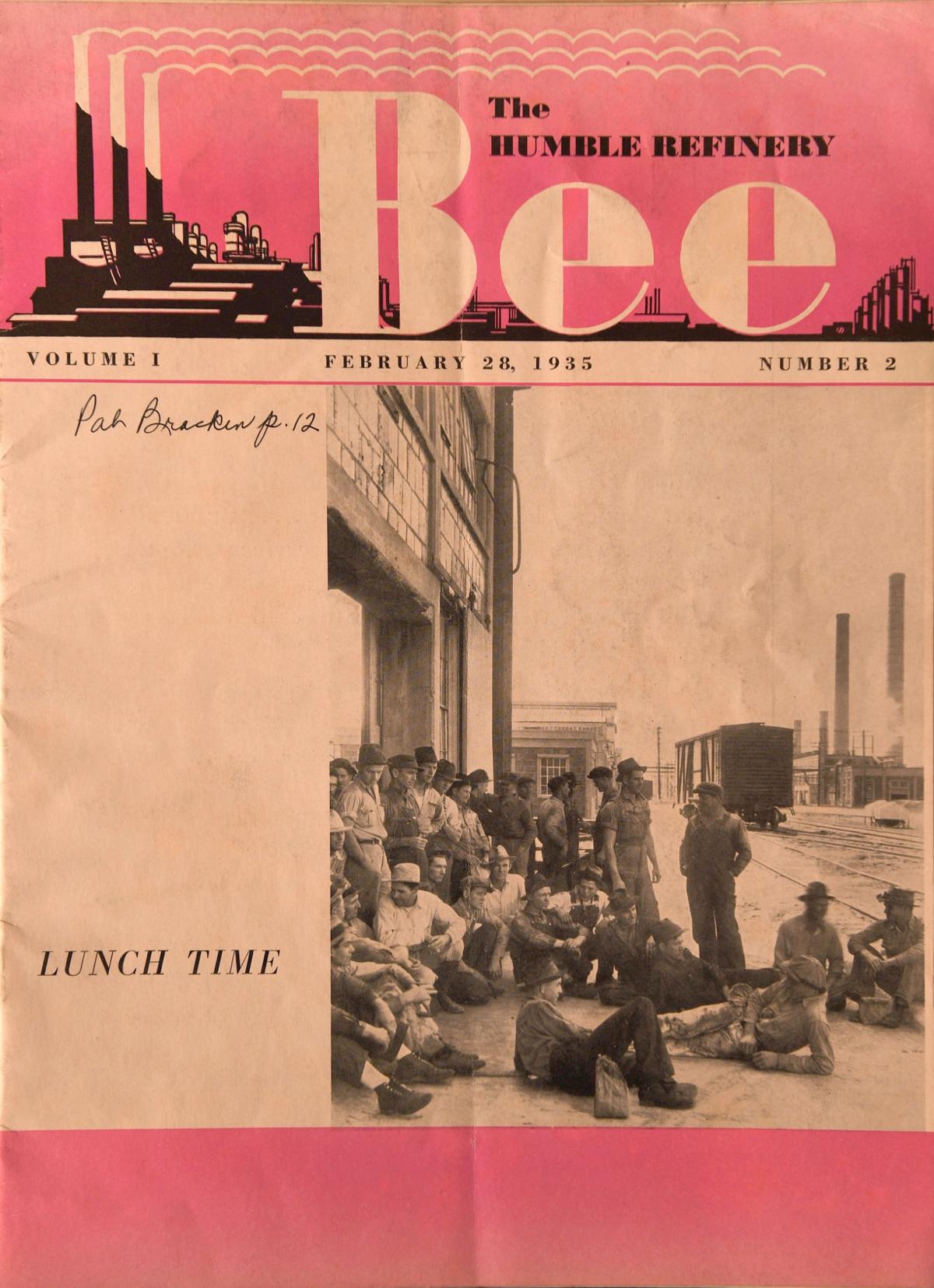 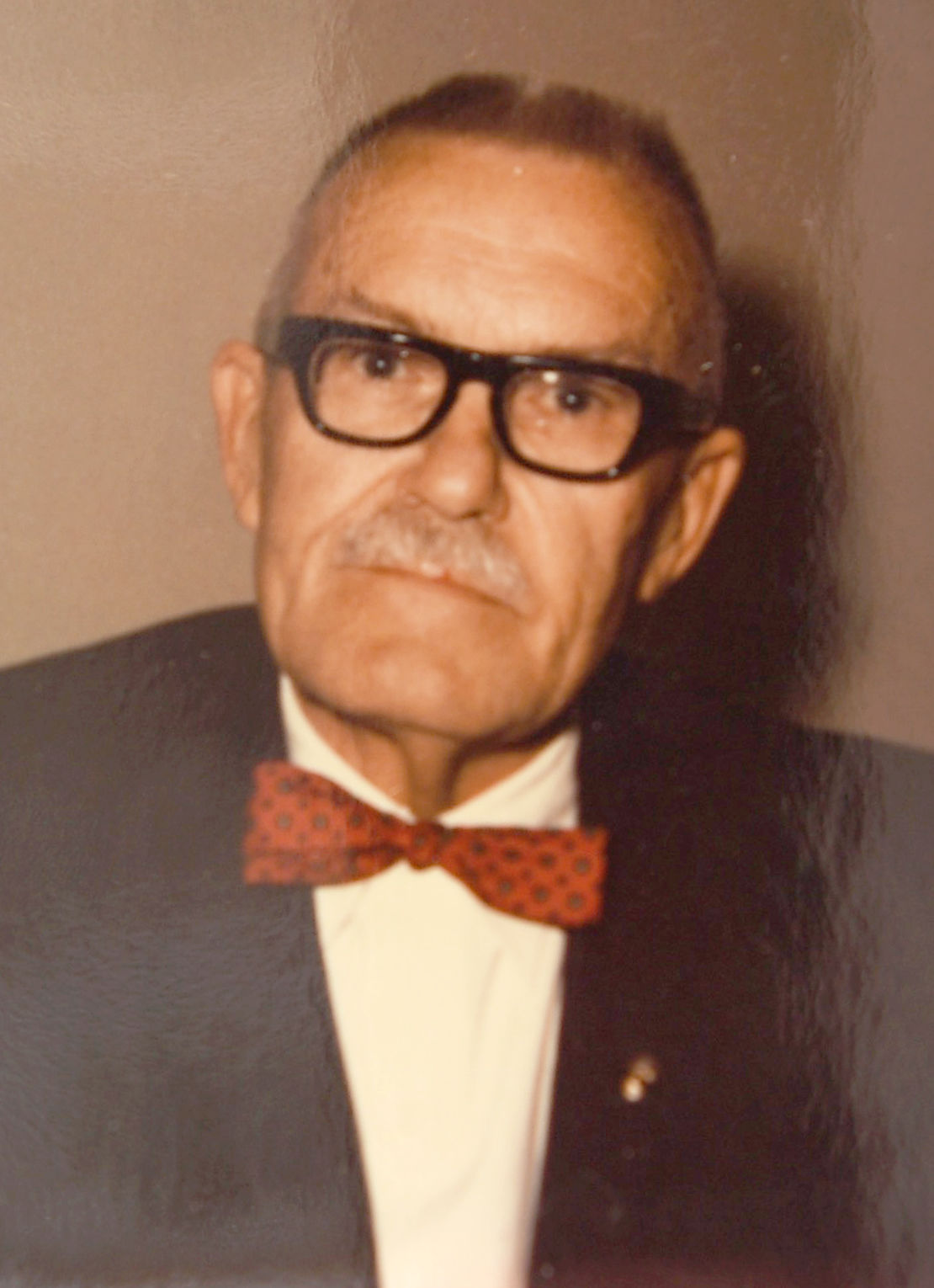 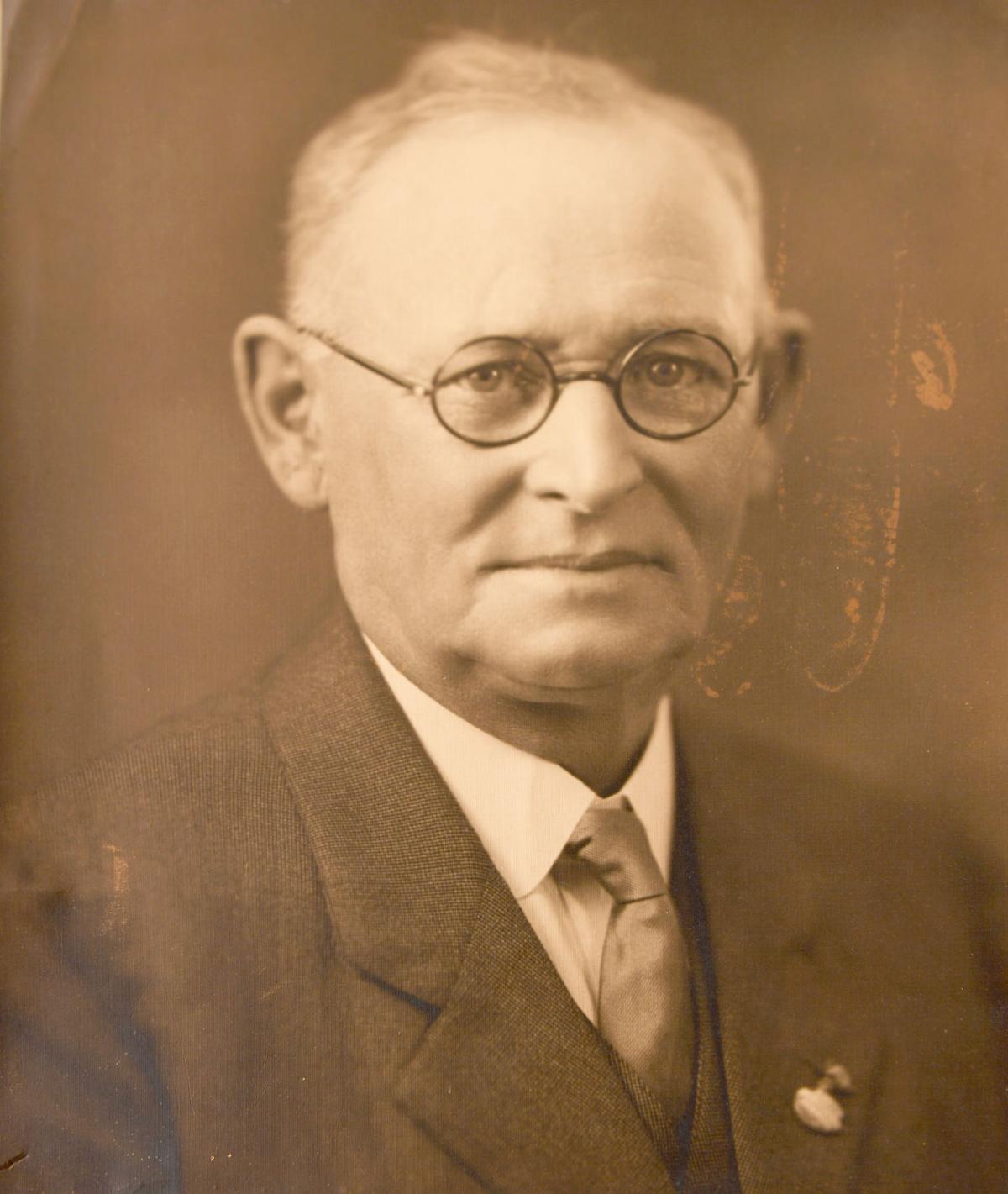 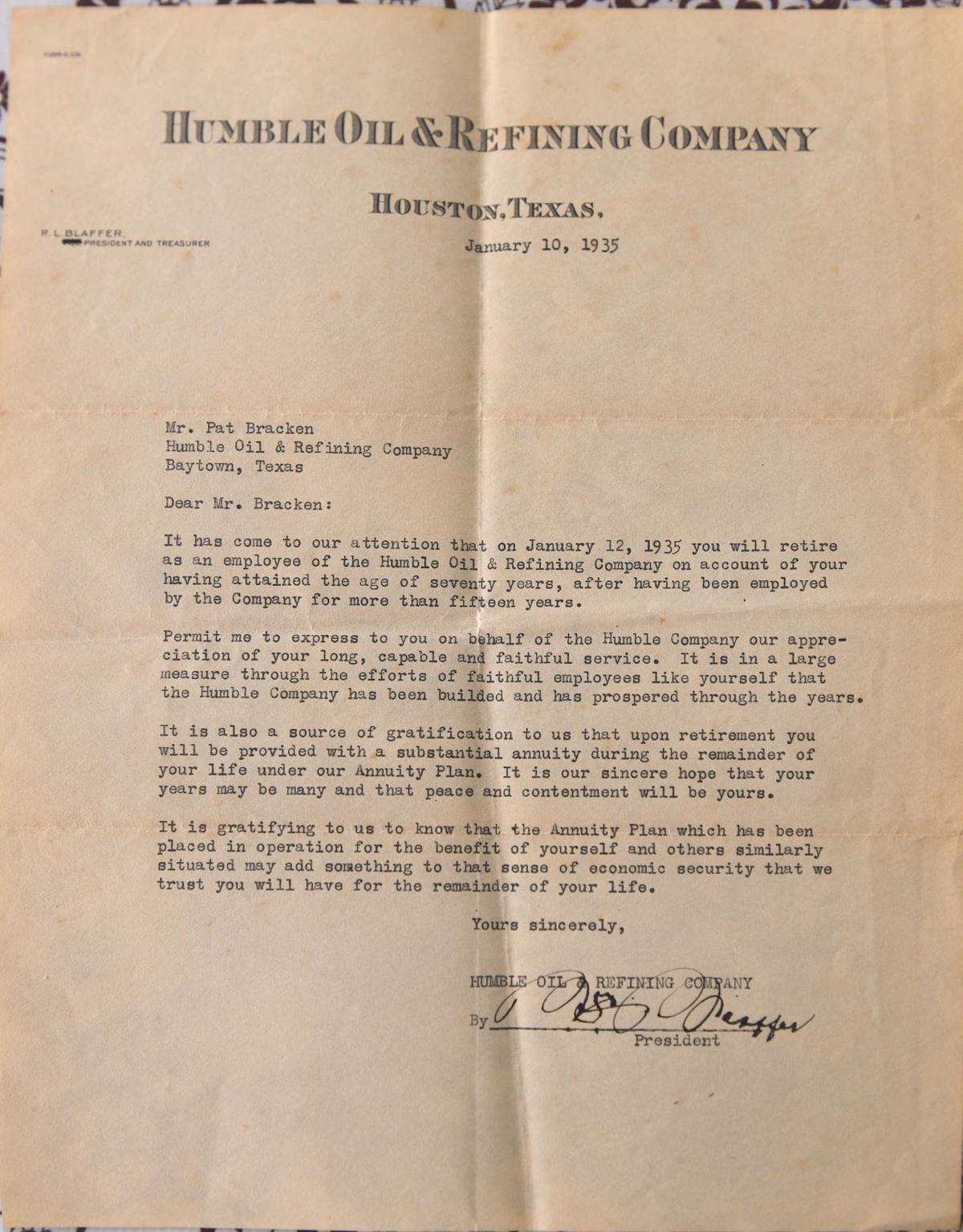 Pat Mann’s grandfather, Pat Bracken, came to Baytown in 1919 and went to work for Humble when the refinery was being built.  Pat was born in the Humble hospital.

“Pat wrote some Humble stories for The Baytown Sun sometime ago,” said Nancy Mann. He was a contributing writer. His daughter, Agnes, moved here to keep house for her father.  Her mother had died in Temple before that.  Pat Mann’s father, Carl Ronald Mann, was born in 1906 in Clearfield, Pennsylvania.  In the early 1930’s, he could not get a job because of the depression and he and Bob Barnett (Billy Barnett’s father) came to Baytown because they heard that there were jobs here.

In 1935, Pat Bracken was the first man to retire from Humble Oil & Refining Co.  He continued to go to work, however, because he didn’t know what else to do.  He passed away in 1937.

Carl Mann was an operator in the refinery and retired with 30 years service.  Agnes often told stories about life in the 1920’s.  When she went to a dance or another social occasion she would carry her shoes because of the mud streets.  She lived with her father in the stucco houses until she married Carl.  When they married they went to live at 3214 Wisconsin in one of the first homes built outside the stucco houses.

NEEDED SOMEONE with exp. to clean & maintain two

FRONT DESK Clerk. Must be able to work all shifts.