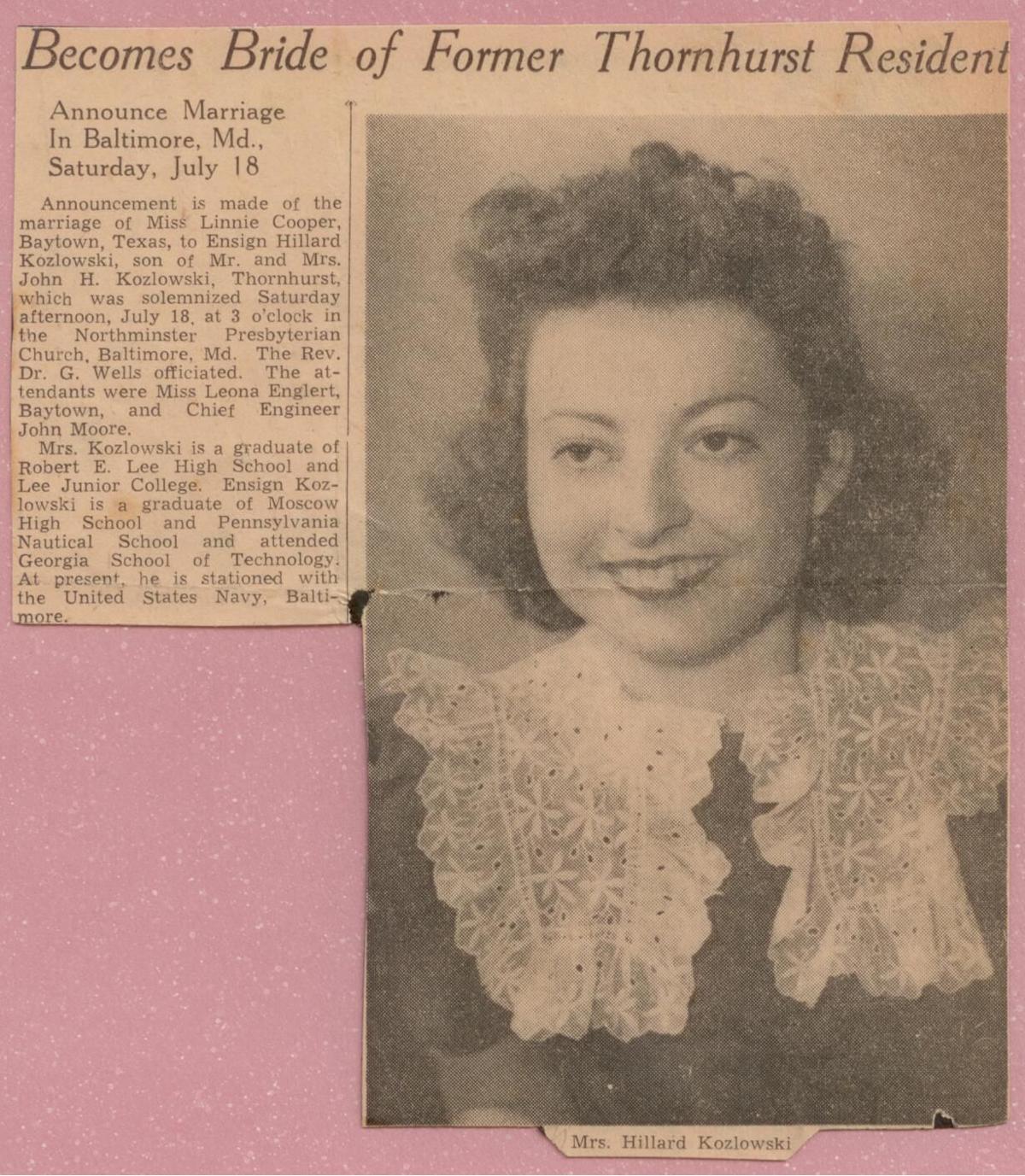 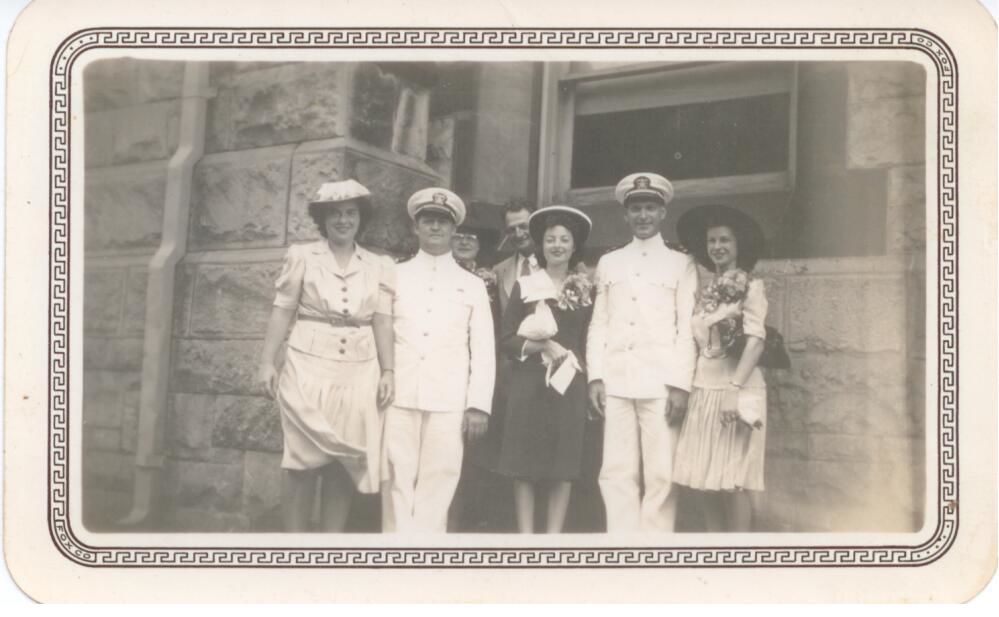 I wouldn’t be here if it weren’t for a chance meeting at the Humble Oil Community Building about 1941. My mom, Linnie Cooper and her sister, Bethel, were attending the dance held yearly at the Humble Oil Community Building, when Humble had their yearly company picnic and dance. Humble had invited officers from the Navy ship that had docked in Baytown during WWII  to attend the dance. My dad, Hillard Kozlowski, was one of those Naval officers!

My mom, lived with one of her sister’s, Catherine, whose husband, John Opryshek, was employed by Humble Oil. Most of my information, comes from my Aunt Bethel, as my parent’s only told us they met at the dance when the officers from the ship were invited to attend the dance and picnic. My aunt said, he asked my mom, to dance with him and he danced with her the rest of the evening. Many of the young ladies at the dance wanted to dance with him, because he was a wonderful dancer. She said, ultimately, they cleared the floor just to watch them dance!

My dad had made a record some time before this (you could go into a studio on the street back then and record a record) about the girl he wanted to marry. My dad was about 29 years old then and mom was about 20 years old. I have the old 33 rmp record he made, and he describes my mom, even though he’d never met her!

We didn’t know it and my parents never mentioned it, but dad had worked his way through school at Georgia Tech, as a dance instructor at an Arthur Murray Dance Studio. My Aunt Bethel, shared these things after the funeral of my dad. Why my parents never shared these things, I guess they didn’t think they were important, but we don’t think to ask questions….and now it’s too late to find out more….because those I could ask are now all gone!

After leaving port, they wrote letters to each other and on July 18, 1942 they married in Baltimore, Md. Mom traveled by train with her best friend, Leona Englert of Baytown, to Baltimore to get married! After the war was over, I was born in 1947….so you see, I am grateful for Humble Oil inviting those from that Navy ship to attend the week-end festivities because, for not only myself, but my sister, Karen and brother, John Philip wouldn’t be here now either!

MEMORIAL BAPTIST Church, Baytown is looking to hire a full-time

DOCTOR'S OFFICE Receptionist, Bilingual, Computer knowledge, must be able to