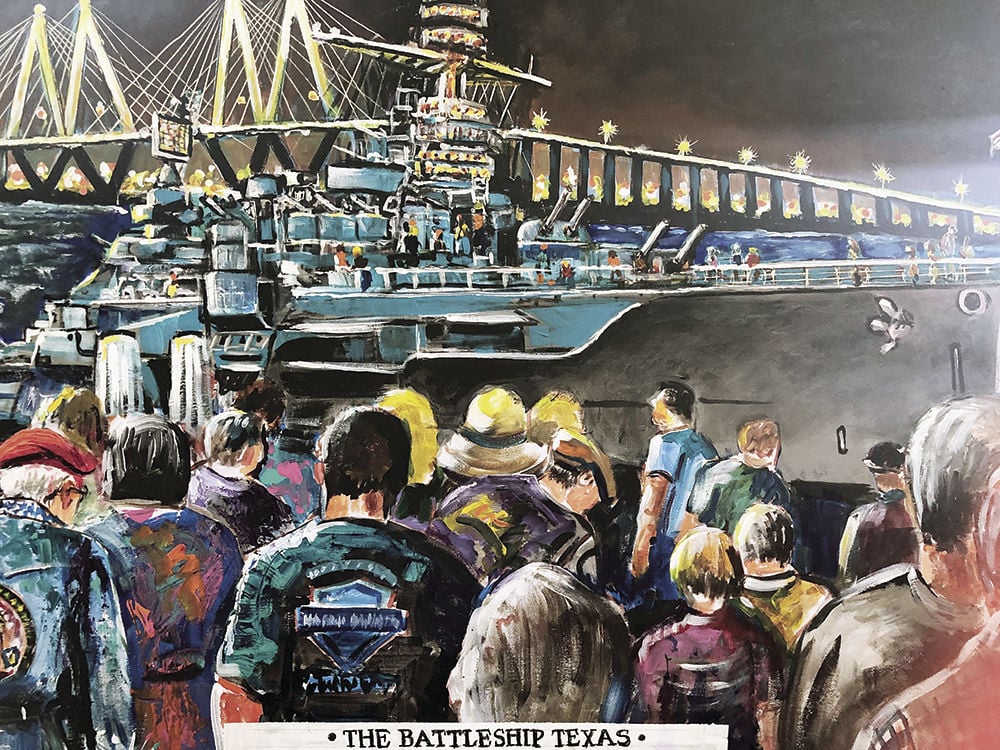 A photo of a painting by beloved artist Ken Pridgeon of the Battleship Texas moored at Bayland Island. Local philanthropist Jay Eshbach commissioned the painting and will unveil it tonight at the Baytown council meeting. Eshbach is leading a effort to bring the battleship to Baytown. 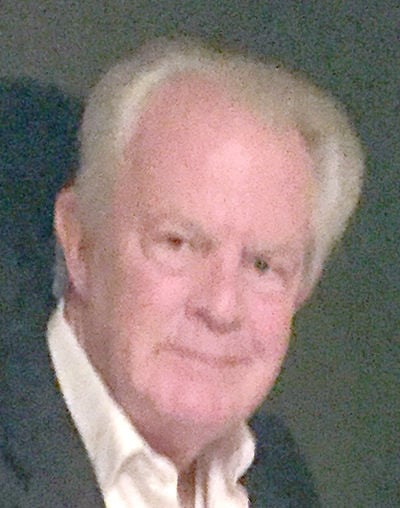 A photo of a painting by beloved artist Ken Pridgeon of the Battleship Texas moored at Bayland Island. Local philanthropist Jay Eshbach commissioned the painting and will unveil it tonight at the Baytown council meeting. Eshbach is leading a effort to bring the battleship to Baytown.

What if you could drive over the Fred Hartman Bridge to see the last surviving dreadnought as you enter Baytown?

A dry-docked USS Texas, or Battleship Texas, sitting next to a brand new conference center and hotel is what Jay Eshbach will present to Baytown City Council tonight in hopes of garnering support.

“It’s a once-in-a-lifetime project,” Eshbach said. “The U.S. has a population of 328 million, but very few of them can say they have a 100-year-old national monument in their backyard. So I think its worth whatever we try to do to get it to Baytown.”

Eshbach also hopes the city will consider forming a steering committee to evaluate the project and return with recommendations.

“It needs to be done (soon) because the ship is leaving in October (for repairs) and will be gone a year,” Eshbach said. “And whatever it comes back to needs to be started in the near future, or there’s not going to be any place for it to go.”

Once considered the world’s most powerful weapon, the Battleship Texas is in dire needs of repairs, which led to the approval of Senate Bill 1511, allowing the battleship to be towed from its berth near the San Jacinto Battle Ground and repaired to the tune of $35 million.

Bruce Bramlett, the executive director of the Battleship Texas Foundation, has said the historic dreadnought would not be returning to its berth near the San Jacinto Monument. Citing lack of tourism and possible more deterioration from the waters, Bramlett said he is open to moving it to another location.

However, where the ship would end up after repairs has been a source of controversy.

Some say they want the ship, first commissioned in 1914, to be brought back to La Porte, where the U.S. Navy gifted it in 1948.

But the names of some cities such as Galveston, Kemah or even Corpus Christi have been tossed around, as has Baytown.

“We will listen and consider all ideas that may help our community,” City Manager Rick Davis said. “As a city, whether it locates to Baytown or not, we’re always interested in the preservation of our national and Texas history. We just need to be open and consider all options.”

With Bayland Island slated for redevelopment, Davis said if there is a synergy and affordability with city council support, the City of Baytown is all in favor for it.

The historic ship, which will serve as a premier museum, is the only battleship in existence that fought in both World War I and World War II. The ship participated in the D-Day Invasion and provided gunfire and anti-aircraft support to the landings on Iwo Jima and Okinawa in the Pacific Theater. After the war, the battleship was decommissioned in 1948.

The council work session is at 5:30 p.m. tonight in the Hullum Conference Center, 2401 Market St. Following the work session, council will meet at 6:30 p.m. at City Hall in the City Council Chamber, 2401 Market St. Agenda items and a video posting of the meeting, which will be available sometime after the meeting, can be viewed by logging on to www.baytown.org/city-hall/city-council/agendas-minutes.

OPTICIAN MUST be exp. Bilingual, Mon - Fri, No nights