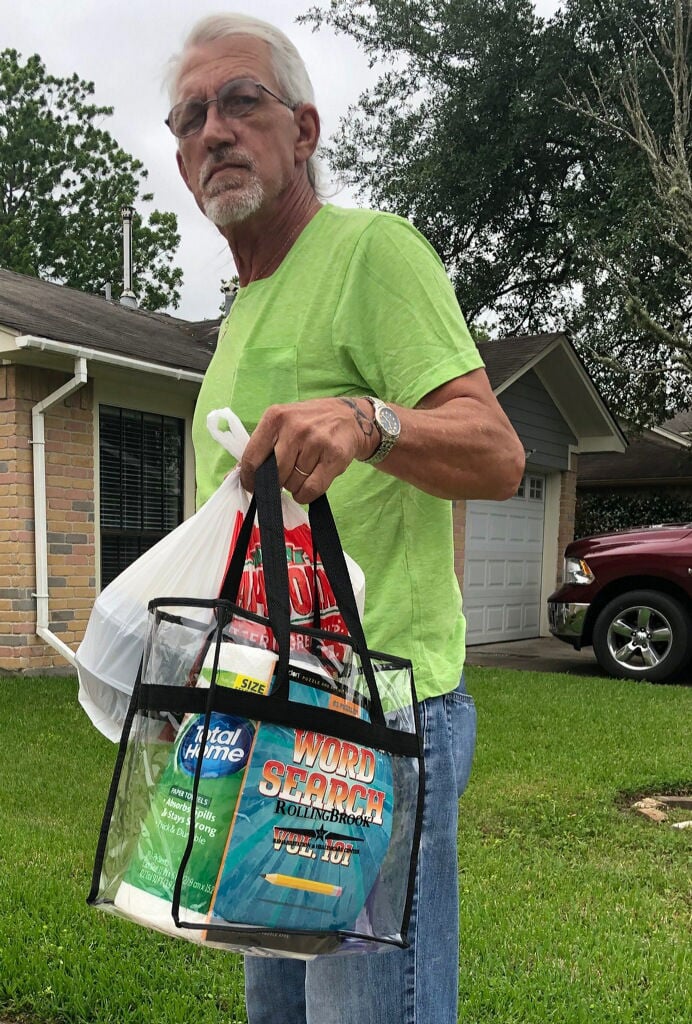 David Weber during one of his meal deliveries for members of the Baytown Senior Citizen’s Center. 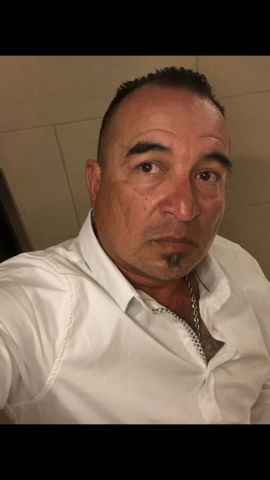 David Weber during one of his meal deliveries for members of the Baytown Senior Citizen’s Center.

David Weber and Rene Hernandez are going the extra mile for those who just might need it most during the COVID-19 pandemic.

Both gentlemen have been recognized by their neighbors for doing good deeds for  senior citizens.

Weber has been managing the Baytown Senior Citizen’s Center as its president for over a decade now and these acts of altruism is just an extension of that work since the facility was shut down due to the virus.

“We always had activities at the center,” Weber said. “Now we are stuck at home doing nothing. We have like 60 seniors that we are really close to and my wife came up with the idea if we meet every Wednesday – since that’s the biggest day at the center – and do a meal once a week. I said I would do whatever I can.

“We just started doing a hot meal. We cook them at home, bag them all up and drive around to deliver them to all these seniors. There are other seniors helping out: They do desserts. We are going to keep doing it until we can go back to the center.”

Weber said that for some seniors, a potluck at the center would be a patron’s only meal of the day. He does 66 miles of travel each Wednesday to serve up a meal.

“It’s a way for me and the wife to get out and see each one of these seniors,” Weber said. “If they have a problem, we try to take care of it. If they need something from the store, we take care of it.”

Dorothy Williamson, 72, is one member of the senior center who has known Weber for many years.

“That’s just David: It’s just natural for him,” Williamson said. “Anyone that needs something, he’s going to be there. I live in a senior living facility and it’s unassisted. You hear all about these nursing homes where the virus gets started and spreads.

“At first it didn’t bother me, but now it makes you not want to go outside. But they always have that delivery on Wednesday, and I get a Blizzard for a little extra for my lunch. We have a little conversation and laugh. That’s a highlight for me right now. Everybody here is scared to get close to anybody.”

Hernandez, 53, is a former veteran who moved to his current neighborhood about a year ago. He said that once the virus started to rear its ugly head, he got the word out to his community members.

“The people in our community are seniors,” Hernandez said. “I saw my neighbor needed help with their light and I had seen she was elderly and not able to walk. So, I help with the mail and the trash. She has my number so she can call me. The lady next door, she fell and called me, so I went over and helped her.

“I am always going to be here to help people.”

Hernandez went around to give his contact info to the neighborhood residents to the relief of members of the community located in Central Baytown.

“The first thing they did was he went to all the neighbors in his area and he told us ‘if there is anything’ he can do, to call him,” Maxine Hales said. “He is just constantly doing something for the neighborhood.”

Hales said that the main reason for the aid is more about the peoples’ age-related issues more than economic.

“Whatever anybody needs, he is willing to do it,” Hales said. “He’s so generous.”

Hales said that Hernandez helped install a security system after a recent burglary in the area.

Both men believe that during this time, it is key to be there for society’s elderly and those unable to take care of themselves fully.

“In my community they have husbands or wives that have passed away and it hits them, and they need to have somebody,” Hernandez said. “Some have kids that sometimes never shows up. Somebody has to step up. They are at that age where people don’t want to visit them.”

The K.I.S.S. approach to voting

A strange definition of principles